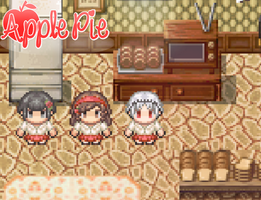 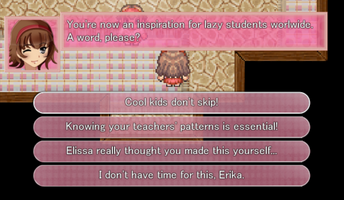 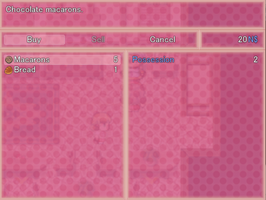 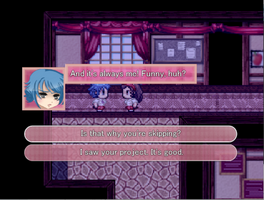 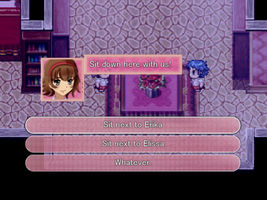 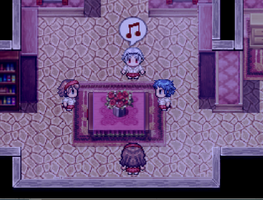 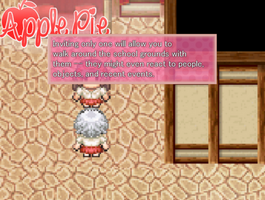 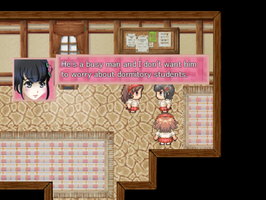 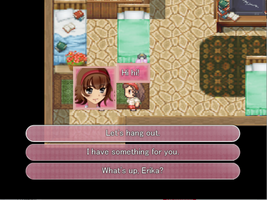 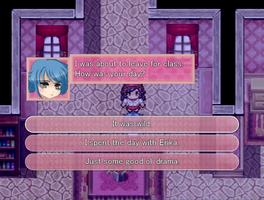 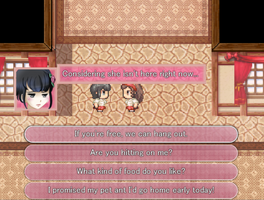 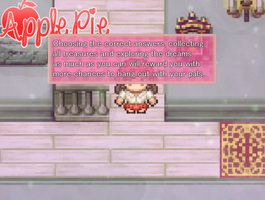 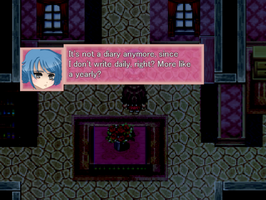 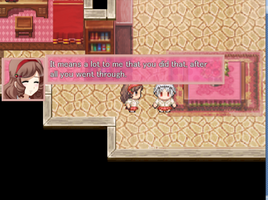 Sometimes I'd open RPG Maker with the intent to have a productive day, only to look at all that was still left to do, by myself, from programming to mapping to editing to writing to bugtesting, and get hit with a wave of hopelessness.

7 years ago, I wrote a story about a girl getting lost in the woods. That girl is the character now known as Lucia, the protagonist of Apple Pie. 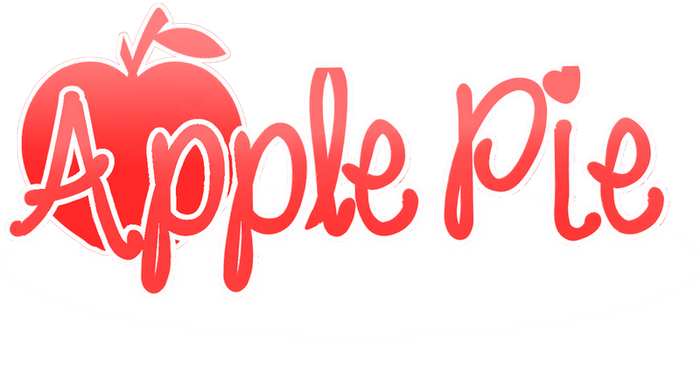 I had told a friend that with conviction, hopefulness, and ambition.

I was going to make a girls' love dating sim with gifting, hanging out, and affection features. One main route, and then, 6 more, one for each girl. Each route would involve a different set of gameplay features - one would be a complex game of hide and seek, and the other, a mystery solving adventure.

I was ready to do it. 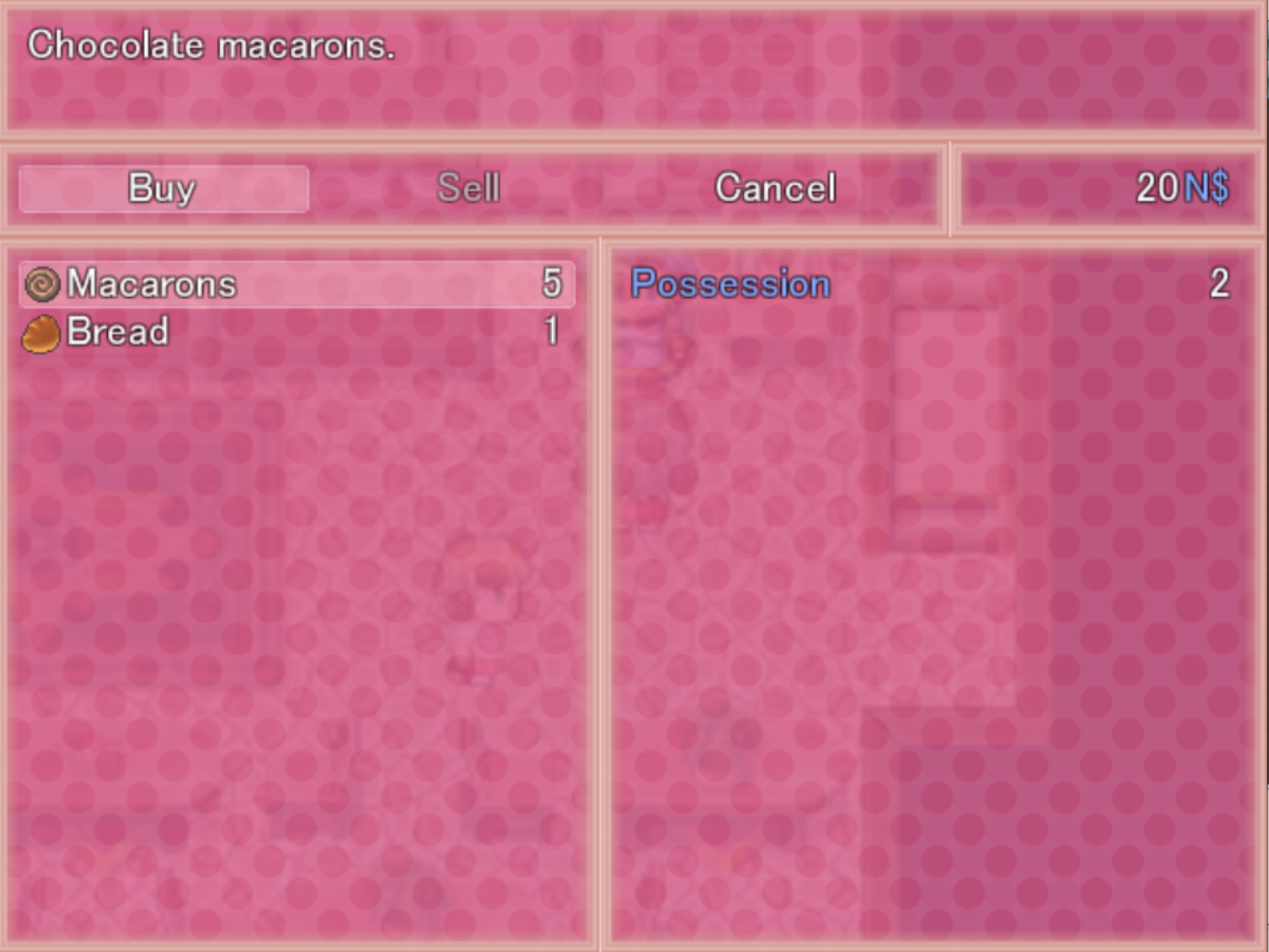 I was filled with courage to do things I, a shy, depressed young girl, would never do. I posted and discussed about my game in many forums and sites, looking for help and learning the skills needed to create such a game.

I'd like to extend my heartful thank yous to Allusion, who was apple pie's biggest supporter from start to finish, and kindly made all of the portraits for the game. Wherever you are right now - your art is a source of inspiration for me to this day. Thank you.

Eerie Hand, also, a fellow brazillian developer who showed nothing but pure excitement over the game. I unfortunately lost contact with them over the years, but I owe them a lot.

All the kind, talented tileset creators, scripters, and musicians who allowed their assets to be used for free in the game. I haven't been following the MV community, but many of them still create content, some even officialy for Enterbrain and Degica!
This goes especially to the creators whose pages have been lost or deleted. Some of their content from 2013 s now impossible to find. I hope they're doing alright.

And also, my very close friend Marie and our pal Jesse, who bugtested, made fanart, and offered tons of support for the game from the moment I told her about it. She has drawn a beautiful illustration available in the game for me, among other minor work for tilesets.

I was not expecting game development to be such a lonely endeavor. 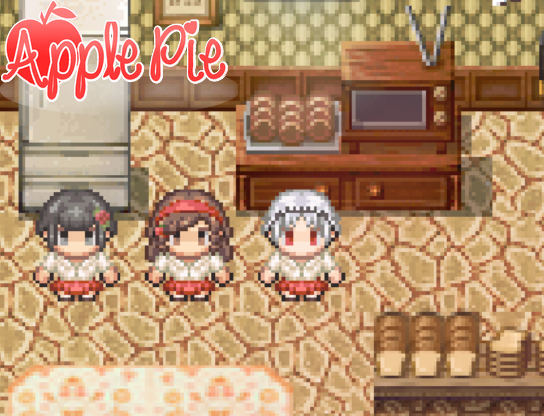 I had no one to bounce ideas off of. Friends began to disappear, delete their pages, and I found myself in a situation in real life where I did not feel safe to reveal to the people close to me that I was creating a game about girls romancing other girls.

I felt like I had no one. As the years passed, the fear of coming out as a bisexual woman who made a game about girls liking girls in the current political climate in Brazil filled with me fear.

As of today I'm still not out to anyone in real life. I want to one day show them Apple Pie and say "this is me, this what I created."

The lack of support in real life from others and even myself made this experience lonelier than it should have been.

For whom was it worth it? I stopped having fun. I couldn't open the program without feeling sick and useless. I rewrote hundreds upon hundreds of lines of dialogue. It still didn't make me feel like I was doing a good job.

It became a running joke between me and a friend that the mere mention of an apple pie was enough to make me cringe. Lesson learned: don't name your project after food.

Was it worth it? Was it really?

4 years passed, 5, 6....
I realize I'm not even half done. The first hours of the game are basically an introduction. The romancing aspect I had in mind was going to take years to implement. I wanted it to be exactly as I dreamed it to be, but that was not going to be possible. At that rate, finishing this project would have taken more than a decade. 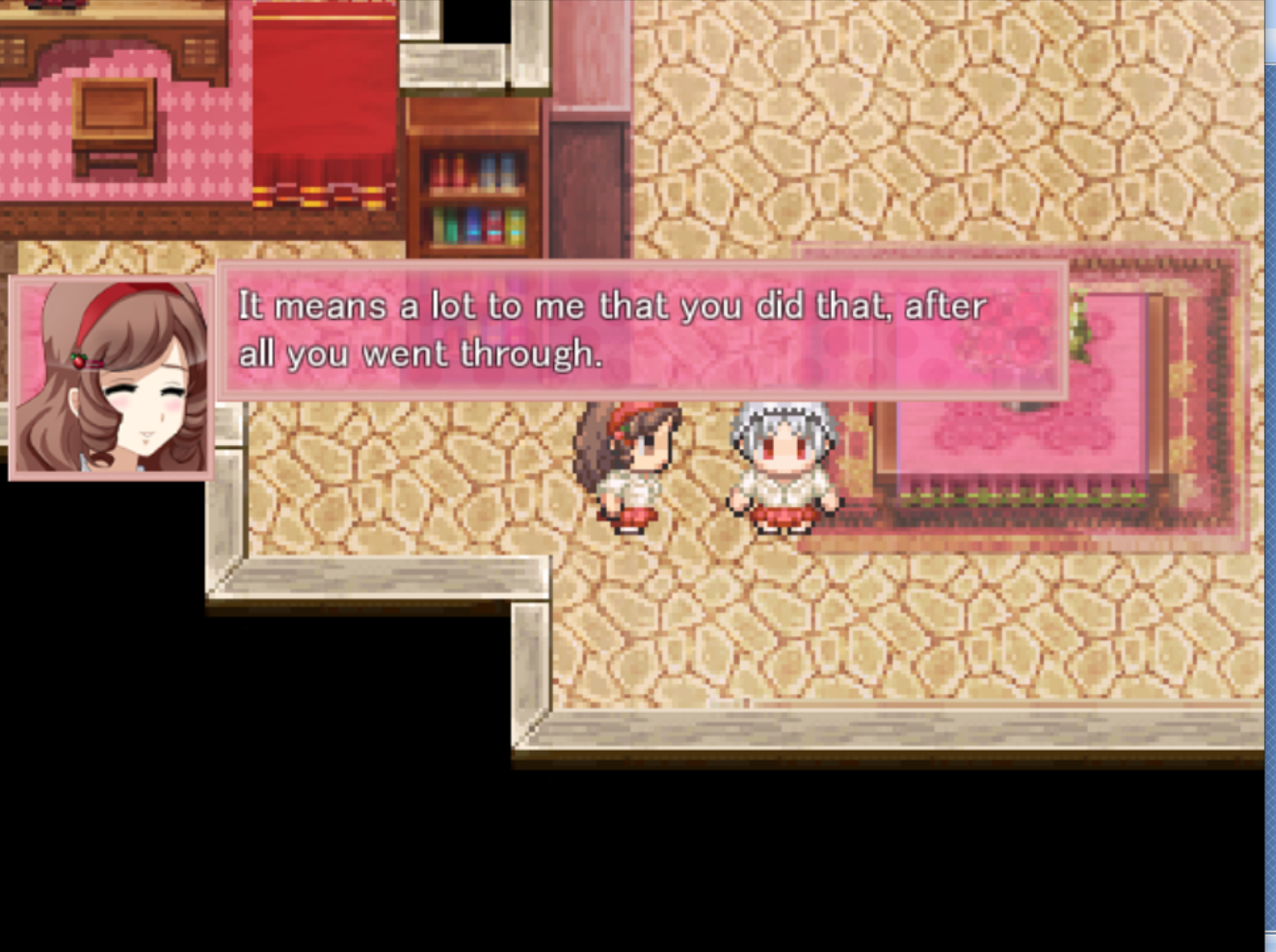 Developing this game meant dropping everything while on the way home to write down an idea of how solve X bug or how to write Y character better. For 7 years, I saw apple pie on everything. Something I had wanted to be a fun, enganging experience became something that haunted me.

Sometimes I'd open RPG Maker with the intent to have a productive day, only to look at all that was still left to do, by myself, from programming to mapping to editing to writing to bugtesting, and get hit with a wave of hopelessness.

This feeling began to affect my studies, my relationships with others, and my self confidence. My mental health took a toll, and some days I just wanted to delete the entire thing from my computer and cry. It got really bad, and I didn't feel like I had anyone - not even my therapist knew about this game -to tell me to slow down.

"Is this really worth it?"

That is why I had to stop.

I had to let the game end.

I would not be happy to be, 5 years from now on, still working on Apple Pie. Still using this outdated program, running around the web for solutions to problems that I could not solve by myself. Looking for content that I could not create with my skills.

The moment I made the decision to publish the game as it is, without all the wealth of content I wanted it to have, I felt light.

I'm unable to finish this ambitious project. I highly doubt I will ever work with Rpg Maker again, save maybe for bugfixing.

The world of Apple Pie is very dear to me and I still want to write about it, but the game is, for now, finished. I've posted a few short stories relating to the characters. and I do want to work on a more time consuming Apple Pie-related project someday - but only when I can afford a support system IRL. I don't think that day is coming this year or the next. 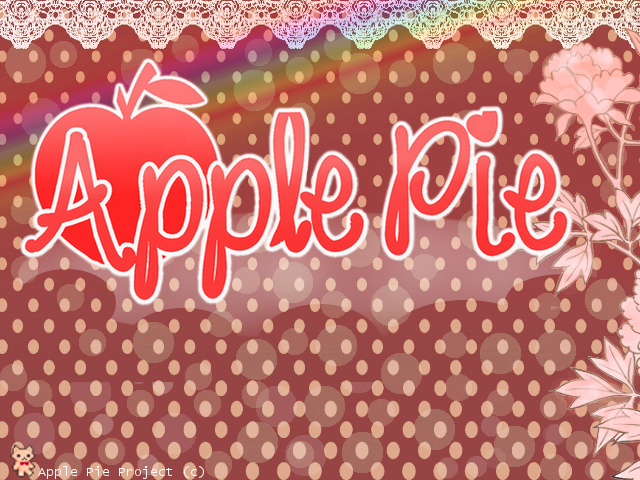 This is unbelievable, very great. The dedication is extremely impressive and the tale doesn't even sound real.

Developing a game solo is a lot of work.  Hope you're doing okay too.

Aye. Dé rìen, mon cherie.
You're not kidding, especially since my level of expertise in Ruby/RGSS is novice level at best. I'm also not that great at pixel art from scratch, though I can do edits of pieces. I'll be better once some things stop being bonkerballs...(I won't elaborate on that lolz)

You have such an amazing game here!