A new bugfix update for MyGF is now available. You can check out the changelog below this awesome illustration Nevi made of Mafuyu (the girlfriend)! 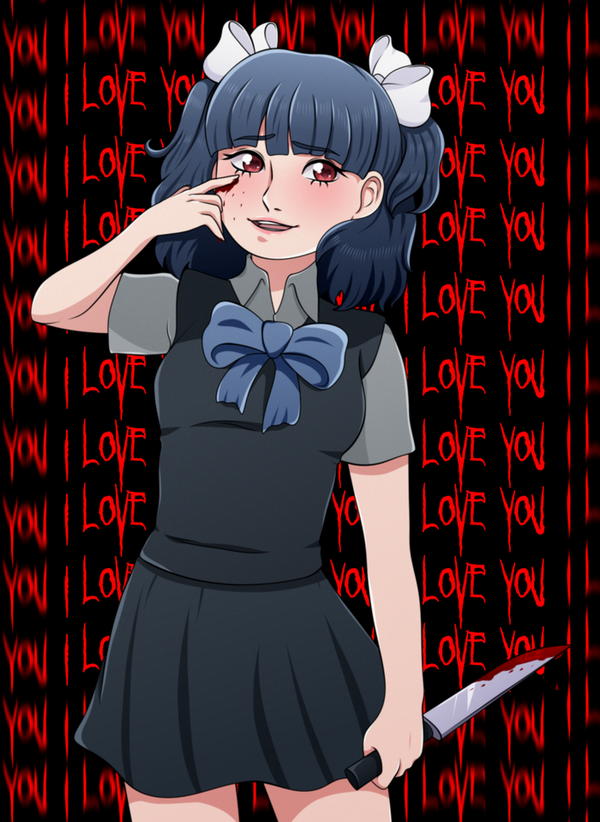 Check out more of Nevi’s work at her twitter!

I’d also like to apologize for the confusion that some players might have felt regarding ‘Ending #3’, as it is easy to get locked out of it. This update changes the numbering of the endings so that the ending known as #3 is now considered a ‘secret’ ending.

Marie made this adorable(?) little animation to celebrate 100+ downloads, but we had already made it to 200 by the time I got to make this post!

Thank you to everyone who’s played, recorded gameplays, shared their thoughts, or bought the game. I’m so, so thankful that I’m able to share something I created with you all.

If you’re interested in more games and stories from me, check them out here. I’m excited to work on even more projects in the future!